We are here to seek and to spread God’s Word.

We are men and women of Christ working and growing together with vision for the future.

We are enthusiastically reaching out with the Gospel to meet the spiritual and physical needs of people in our community; and are reaching into the farthest nations of our world through our prayers and the financial support of our missionaries. 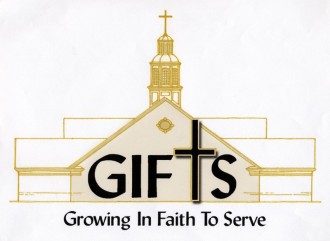 Mount Vernon continues to grow in our commitment to serving God here in this community and around the world through prayer, witnessing and missions.

On Saturday before the second Sunday of August 1836 (August 13), three Elders from Grassy Knob Baptist Church (John Angel, Barton Roby, and William Goforth) examined a group of eleven people about their faith. The elders deemed this group (John Luck, Jonathan Jordan, Chancy Jordan, Stephen W. Wiles, Gary/Sary? Claywell, Ann A. Luck, Polly A. Luck, Barshaba Shavour, Malinda Wiles, Lydia Brotherton, and Sarah Jordan) orthodox in the faith. Mt. Vernon Baptist Church was constituted as a church. Tradition states that this occurred in a log school house at Powder Springs, now Eupeptic Springs.  The year 1856 is the first mention in the minutes of “the church at Mt. Vernon”.

The next month the members elected Jonathan Jordan as the first deacon and Stephen Wiles as church clerk. In November 1836, Elder William Goforth was called as pastor. The pastor and church clerk served on a yearly basis. John Roby Huie was elected the first church treasurer in 1896. Thirty-two pastors have shepherded the church from 1836 to 2016.

Church meetings were held on a specific Saturday preceded by a “divine servis”. No one is certain if Sabbath services where also held. In the minutes of the May 1843 church meeting the members deferred calling a pastor until the Sabbath meeting the next day. Other minutes also refer to a Sabbath/Sunday meeting. “Communion season” was originally held in the spring and later in both fall and spring. Pastors or Elders from sister churches were asked to help with the service. A member was asked to supply the wine.

Protracted meetings (revivals) began in September of 1843. Meetings were held anytime between July and November but most years the meetings were held in October until 1928 when it was finally changed to August, our present time.  The protracted meetings lasted from five to nine days. Several pastors and elders were invited to speak. Sermons were preached in the morning and the afternoon. New members received during the meeting were baptized at the conclusion of the meeting.

The early church followed the teaching of Jesus found in Matthew 18:15-17 when members were found to not be “in fellowship”. A committee of at least two brothers or two sisters was appointed to meet with the out-of-fellowship member and report back at the next meeting. The out-of-fellowship member was asked to attend the next meeting to defend himself. Members could be excluded for a number of reasons:  profanity, drunkenness, misconduct, falsehood, contempt of church (not attending), fellowshipping with the Methodists, or being out of the faith.

In 1851 a committee was selected to repair the meeting house. (A person who visited Mt. Vernon in 2016 remembers a building being where our new sanctuary sits.)  A building committee was selected in 1858 and the first trustees appointed. The motion to build a new meeting house was defeated so the church voted to construct an arbor (location unknown). The church finally agreed to build a new church in 1870 and in 1893 voted to sell the arbor.  The 1870 building has been renovated numerous times and is still in use in 2016 as part of the framework of the Chapel.

A motion was made in a meeting in 1870 to commence a Sabbath School. It is not clear when the Sabbath School was finally begun, but the first delegates to the Sabbath School Convention were appointed in 1886. In July 1871 a collection was received for foreign missions. A collection for the Children’s Home in Thomasville was first taken in 1891. In 1905 Wade D. Bostick, a missionary in China, was adopted by the church.