Pastor David Childress has a passion for people and community and that has been very evident in his 22 years of ministry. While shepherding the flock God has entrusted him with, he has also taken an active role in the community. He has been an active part of both County Line Volunteer Fire Department and Union Grove Fire Department as a volunteer fireman and Chaplain. He served as a member of the Davie Rescue Squad for two years. He has also served on the board of directors for Davie Pregnancy Care Center in Mocksville, NC, and Matthew 25 Ministry in Harmony, NC. He volunteers at North Iredell High School, North Iredell Middle School, Union Grove Elementary, South Yadkin Baptist Association, and at many community events. He is currently serving as the Chaplain for the Highway Patrol in Iredell and Alexander Counties.

While Mount Vernon has been blessed by God with growth under Pastor David’s leadership, more importantly God is using Pastor David to speak into the lives of others and instill in them an excitement about their personal relationship with God and where He is leading the church.

Foremost among those whose lives he impacts are his wife of 30 years, Carmen, and his three daughters, Lindsey, Abigail, and Ellie.

Before coming to serve as pastor at Mount Vernon Baptist in Olin, NC, David served at Society Baptist in Statesville, NC; Mountain View Baptist in Hamptonville, NC; and his home church, Blaise Baptist in Mocksville, NC.

David received his Bachelor of Arts in Religion in June of 2015 from Luther Rice University in Lithonia, GA and his Masters in Christian Counseling in May of 2016 from Liberty Theological Seminary in Lynchburg, VA. 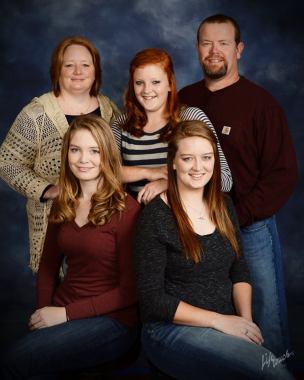